This is a true story, not some random shit…

Like this is the most serious anything can get. 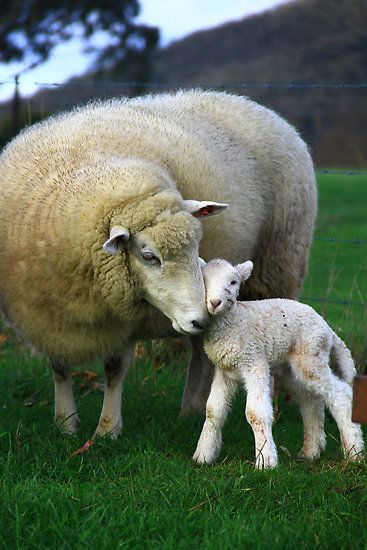 Living in the pure wilderness of the world isn’t an easy task for anyone and can only be accomplished by the fiercest of animals. Sophos’ parents lived their whole life in the wilderness; they were the top tier sheep in all the world. Originating from the ferocious land of Orbus, nothing challenged these two sheep. Their home? It was nothing more than the Wilds. They liked to live life on the very edge and this is what got them the title of the “Dynamic Duo” – the most bad-ass sheep to ever roam VR. They were feared by every mob and the most respected among their friends. Each of their personal lives was kept secret and not many memories remain from when they were alive. The most vivid memory that remained in Sophos mind about its parents was that they were the toughest and roughest animals he had ever known. Legend says that the day the momma sheep gave birth, a massive earthquake was felt throughout the entire world… Sophos was the dankest animal alive. His parents died when Sophos was only few years old because they began to get outclassed by their child; but how did that kill them? The mystery remains to this day…

This legendary sheep did not have a regular childhood, he was the dankest creature alive so his stories go beyond extraordinary… He was born and immediately titled the most bad-ass creature ever, but this was no surprise because of his perfect genetic makeup.

Sophos did not want to follow in his parent’s footsteps, despite radiating supreme righteousness and power. He was the jolliest, kindest and most respected sheep to ever roamed the planet… He was the Super Friend. So every day, he sneaked out of his house and went out to explore the magnificent land of Orbus; meeting new creatures he had never been close up to before and real humans with awfully massive heads. He made multiple journeys to a far, far away land and even lent 3.50 Dram to the Loch Ness monster. As time passed, more and more people and animals across the lands knew him as the “Super Friend”. He was one of the most entertaining characters to hang around and it is said that his personality still lingers within some. When the sheep was alive, everyone was united in the world and there was what seemed to be eternal peace… 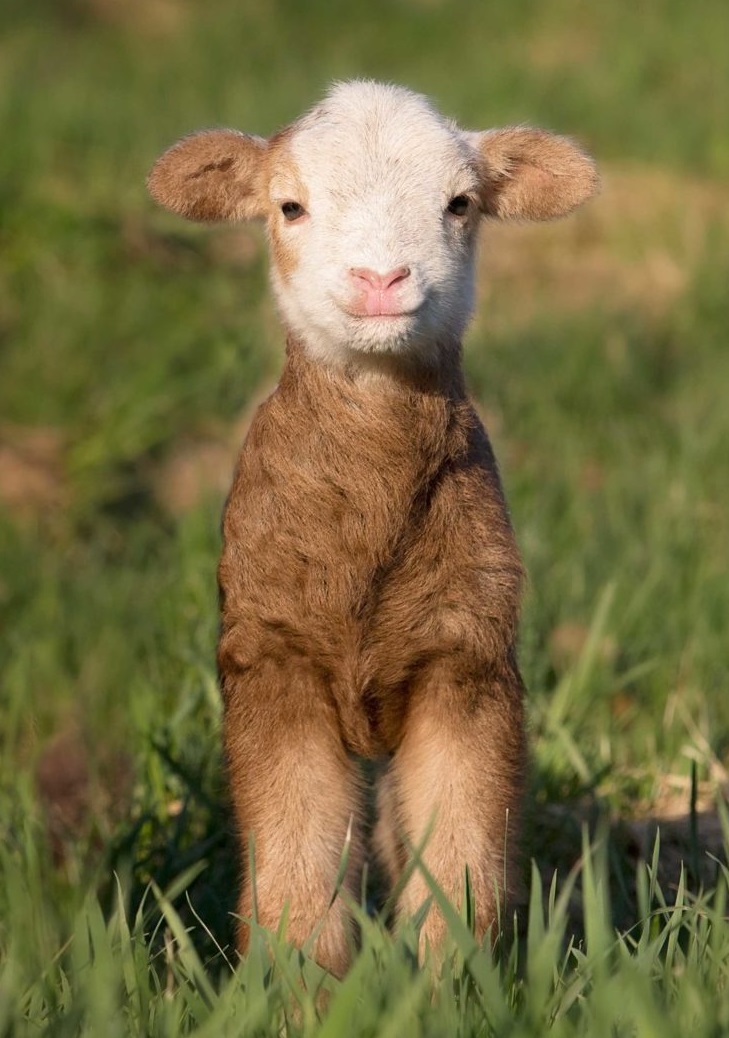 As many more years passed,

Peace thrived and everyone was as happy as they could possibly be. One day Sophos went out to Highsteppe, as he usually did, and met this one particular human; the name will linger for eternity.

Sophos was immediately impressed by his genuine personality and sincere kindness towards all the players that were walking in the city of Highsteppe. Never had he met before someone that really enjoyed helping others and put his own time aside just for the well being of the other people in the game; this amazed him greatly. He then approached Gandora to introduce himself. It was like meeting your soul mate, they were both the jolliest of players in the entire game. That epic day, a promise was made… Sophos knew he could trust Gandora so he asked Gandora if anything were to happen to him, Gandora would be the next Super Friend to put order to the world, make friends unite, and bring about joy to the world and everyone he communicated with. Gandora accepted this, hoping the day would never come that something would ever happen to his new friend.

Sophos disappeared for a couple of days and Gandora began to worry about his buddy. He went over to where Sophos was living and he found his buddy lying on his back, barely moving… Gandora gets close and asked gently “What’s wrong, Sophos? Is there anything I can do to help?”

“Gandora… Dear Friend, my day has come. As invincible as I might have seemed I was born with a deadly disease some of us sheep can inherit… it’s called the Ovisganger illness. There is no cure, and my time is coming to an end…”

“You must put me out of my misery or I will turn into the strongest Ovisganger, Sheep Demon, to ever roam the world of Orbus. No one will survive if you don’t do this, so please, friend…”

“…I trust you with the Super Friends and I know you will make a great leader… expand and keep moving forward. Don’t let anyone forget about why we exist. We must always help anyone and everyone who wants it… because.. we are the Super Friends… Now, with haste, end my suffering before it’s too late. I eternally thank you Gandora… you’re now the King of Friendliness..”

Gandora, desiring to fulfill Sophos’ dying wishes, did as he had asked. After the two had spent countless hours together bringing such great joy to the world, Gandora drew the runes for Fireball 3 with tears in his eyes. With the sizzle and harmonic crackle of the spell filling the air, the brilliant fire roiling on the tip of his wand waiting to be released, Gandora whispered to his friend – no, The Super Friend – “I will spread Friendliness to all corners of Orbus, even into the Wilds where your parents became battle-hardened warriors, and will seek to maintain it till my last breath… Good bye, ol’ friend.” Releasing that spell was the hardest thing that he had ever done.

The Trial of the Ovisganger

Gandora fell to his knees overcome by grief and dismay at the loss of a true and loyal friend. As Sophos collapsed, his smile slowly fading away, a horrible silence fell over the whole world. Dark smoke began to rise from the ground where he lay, cascading upwards and out, blocking out the sun. A partially formed Ovisganger rose from Sophos’ still warm corpse, it’s vile skin writhing as it grew larger and larger. Gandora almost could not find the will to stand and fight it, but knowing that he was all that stood between Sophos’ dream of a united realm and it’s utter destruction, he stood and rose his sword in defense of the realm.

Even though the Ovisganger had only partially formed, it was as Sophos had predicted – the most powerful and dangerous creature that had ever walked the wilds of Orbus. At first Gandora felt conflicted about attacking what was formerly his Super Friend but that quickly dissipated into rage as he saw how this diseased creature had manipulated Sophos’ body to become a fierocious monster seeking to undo all that Sophos had accomplished. Raising his sword high he lunged at the Ovisganger, catching it off guard, hoping to get an edge on the creature but it quickly recovered and Gandora had to raise his shield to deflect a slash aimed at his heart. Gandora fought the Ovisganger with all his might, but for every thrust the Ovisganger parried and for every swing it dodged.

Tank buster after tank buster, the battle raged on for seven days and seven nights. All who tried to join the fray were quickly eviscerated. As the battle raged on, the world grew ever darker and the creatures in it ever more deranged and corrupted. Corruption spewed out from Sophos’ Ovisganger like a river of hatred and malcontent. Every creature that breathed in the putrid smoke become an overpowered abberation.

The battle raged on. Gandora’s stock of potions (which he had obviously not made himself) had long since run dry and the onlookers that surrounded the battle knew not what to do. None of them had any hope to do the Ovisganger any harm. It was then that Gandora, covered in bruises and gashes with many virtual and several real (from punching the wall), that Gandora remembered a conversation he had with Sophos shortly after first meeting him in Highsteppe. The two had been discussing the merits of each spell a Runemage could cast over a pint of the best Lucian Ithecac they could get their hands on. When they reached the topic of the Fireworks Spell, the two disagreed cordially with the value and purpose of the spell. Gandora, being a practical Runemage, had never seen the purpose of Fireworks spell but Sophos insisted that it was the most powerful spell of all. Sophos argued that, of all the spells, only Fireworks had the ability to bring joy and wipe out darkness from the land (somehow even more so than the light spell).

Gandora had never quite understood his friends logic but ,having run out of options and trusting in Sophos wisdom, he called for all around him to cast the spell into the darkness. On the count of three, the hundreds of Runemages gathered around released the spell simultaneously into the black cloud of smoke while shouting “Super Friends!” at the top of their lungs. In an instant, the cloud of darkness around the Ovisganger dispersed and the evil creature looked stunned and dismayed. Having no time to think, Gandora threw his shield aside and with both hands (a never before seen maneuver) thrust his sword into the heart of the Ovisganger and rent it from it’s blighted existence.

The world was forever scarred by that battle. To this day the people of Orbus still struggle to control the corruption that was released on the land, but it is because of the Super Friends and Sophos that there is a world worth protecting. The Super Friends carry on the legacy of Sophos to this day, never forgetting the reason why the they exist and always pushing forward; bringing joy to the many worlds they visit…

A Special Thank You to Katherine Dattilo for designing and painting Sophos the Sheep and to SweatyPancakes and the rest of the Super Friends for helping to write and contribute to his story.